This. Just..This. Spirituality shouldn’t be a pissing contest.

If you spend more time arguing with other Pagans about how to be Pagan than you spend on your own daily practice, you might be doing it wrong. (Irony intended.)

If you spend more money acquiring altar tools, plasticine statues of various deities, and t-shirts with Pagan sayings than you spend on being debt-free, independent, and living a sustainable life, you might be doing it wrong.

If you have a deeper relationship with tv Witches, vampires, and werewolves than you have with your landbase, you might be doing it wrong.

Let’s all recommit, here between Imbolc and Eostara, to our own daily practices, honorable lives, and relationships with our landbase. The Wheel of the Year needs turning.

When you think of a wildfire in the grasslands or forest, you picture destruction, death and scorched blackened earth left in the wake of one of the planet’s most destructive of elements, am I right?

Another thing you might picture in your minds eye is one of these: 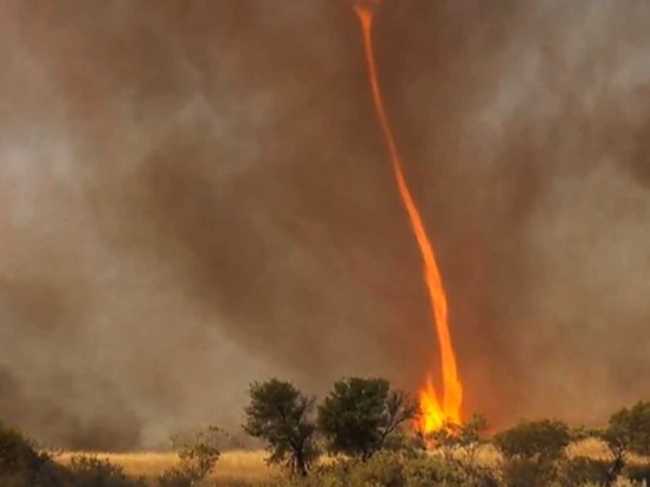 What if I told you, that wildfires, that are often seen as volatile and destructive things, can be a good thing?

Wildfires cleanse.  As the fire tornado, a rare event that happens when air meets fire in a macabre dancers embrace, dances across the land setting all that it brushes alight, it makes room for the new.  New grass, new trees, new animals.

Animals that are too weak to outrun the flames, are culled.  Their bodies feed those that return to the now barren landscape. They decompose feeding the green grass and other plant life that will sprout.  Those animals that return, live to breed another day, passing on their swiftness to the next generation.  Or those who decide not to return to the scorched earth, move on to populate other areas of the wilderness, spreading their populations to more fertile areas.

The blackened and dead vegetation choked the ability for new growth and some seeds could not spread without the burning kiss of the fire, such as the rock pine.  All the old and gnarled plant matter is cleared out, making room for new succulent shoots to push through the baked soil.  These fresh green shoots nourish the newly born deer fawn, which in turn, will feed the wolves.  A lush ecosystem regenerates instead of stagnates, all with the help of the danse macabre of the beautiful fire tornado.

Right in the Feelz

I mentioned in a previous post (The Paula Deen one actually) that I have a pretty bad history.  That I used to be involved in the whole white supremacy movement and all that shit.  (I use the word shit because that’s exactly what it was and is.  Shit.)

Well, one of my facebook friends posted something about how ze watched a docu about the Aryan Brotherhood on Netflix and how ze was pretty heartbroken over how they use the Valknut, and other Old Norse symbolism for their tattoos, and how Odin seriously doesn’t care about skin colour and whatnot.

Right there,  feelz flooded over me when I read that post.  All I could comment was, an acknowledgement that zir UPG was correct.  I then had a flood of thoughts go through my head…UPG alert time

1: Odin can tell the falsely marked.  No amount of ink can hide the cowardly heart of a neo-nazi from His gaze.  They will be sorely surprised when they die and the Valkyrie passes them over, and Nidhogg starts gnawing on their bones.

2: True courage is loving everyone and defending the weak, despite the differences in skin, belief, or creed.

I was pretty much a blubbering mess for a good part of an hour because of this.  Thing is, He walked away from me once because of this.  Loki kept His distance and pretty much did a Hail Mary gamble to get me out (it worked btw) but Odin, and the rest, as much as it hurt Them, turned their backs on me.  Walked away.  They have no time for that kind of shit.

So, I sat down and had a talk with The Old Man.  He explained that the wash of Feelz, was Him, His hurt when He had to turn away, and His forgiveness, because I changed and grew the fuck up.  I hurt Him deeply, when I did what I did, and followed that line of hateful thinking.  I hurt all of Them deeply,  yes, even Loki.  He just had His Reasons for sticking it out and watching the trainwreck.

I didn’t even have to ask for it.  Odin just, forgave me.  Because They walked away from me once, has driven it home that They can do it again if I royally Fuck Up.  I doubt I will actually Fuck Up that badly again since I really don’t believe that party line anymore. But one never knows.  I know damn well that I plan on doing my best by Them.  I have been so far, with a few flails and hiccups along the way, but who doesn’t flail and hiccup along the way when it comes to this stuff?

Loki, on Himself and His role in Ragnarok

Ok, according to the Jorvik Viking Center in the UK, today is supposed to be Ragnarok.  I guess they deciphered some ancient runic texts, or something or another.  Well, looks like they were wrong, and just wanted to drum up some publicity for their place, eh?

This morning, upon waking, I told Loki, “So Dude, today’s supposed to be Ragnarok”

Loki: 0_o (confusedface) “Really? Someone forgot to tell Me this. I hope nobody is very disappointed, we will have to postpone, to the umm proper date?” Then I hear a bit of a shuffle.  “Nope, still in the cave.”  *I smell rot* “Still bound in the guts of my son.” *feel burning* “Snake’s still dripping acid and Sigyn is still holding the bowl.  Nothing changing here.”

Me: “Guess Hella needs to break a few more nails?”

Loki: “More than just a ‘few'”  Then He got all offended because:

So the tl;dr:  This is just a publicity stunt for a museum in the UK.  Keep Calm, and Carry On.

Yes I entered it.  I stayed up until 1am my time tweaking the manuscript one last time, republished it over on Amazon and Createspace (Thank you Ki for the help!  It’s much appreciated!)  and then once the contest started, BOOM I was in.  Pitch and excerpt were done, I was good to go.

Now, I wait until March 18th to see if I made it past the first round. 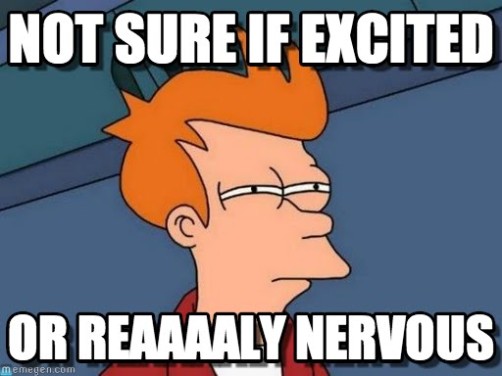 I  hope I get it.  That would be awesome.  Oh btw, I’m gonna blog some thinky spiritual thoughts in a bit once I get my brain wrapped around them.  They’re sorta metaphorical and were jammed into my head when I was caffeine deprived.

Just put up another recipe up!!! Check it out